Greasers! You’ll want toÂ be sure to check outÂ Robert Patterson’sÂ Movie Locations and More website! Robert has compiled aÂ very impressive and comprehensive list of Grease 2 filming locations. From the streets around the school to the tree lined streets where Michael and Stephanie take their very first ride, he hasn’t missed a thing!

Robert has gone above and beyond to find and locate almost all Grease 2 Movie locations used in the production of Grease 2. Thank you Robert for taking the time to retrace our favorite movie’s footsteps! Enjoy your photo tour!

The great folks over atÂ COOL RIDERÂ have a new Kickstarter campaign for a Limited Edition Recording of their 2014 super smash hit!

“Perhaps the greatest sequel ever told, COOL RIDER, the cult musical sequel, played at the Duchess Theatre for one week in April 2014, after the rapturous reception from the one night only concert at the Lyric Theatre in January 2014.” 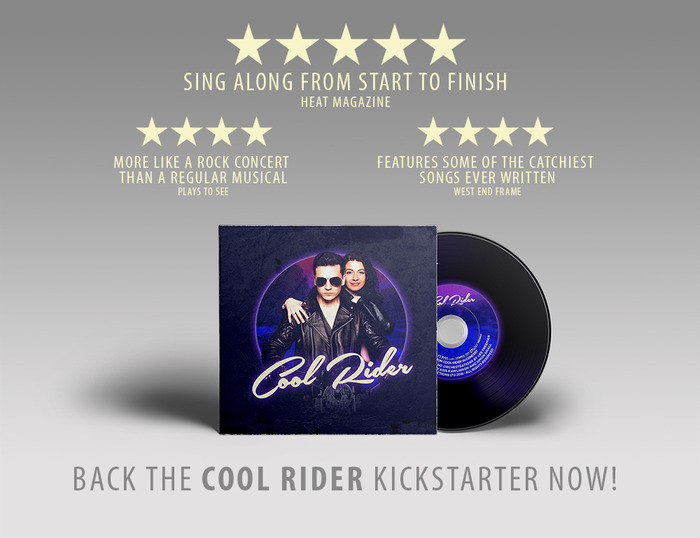 Back the COOL RIDER Kickstarter

Since COOL RIDER’s stage productions in 2014, there has been great demand to produce a soundtrack recording andÂ your help is needed. Here’sÂ excerpt from the COOL RIDER Kickstarter:

“This limited edition recording needs YOU! Featuring the songs Back To School, Score Tonight, Cool Rider, Who’s That Guy?, Reproduction, Do It For Our Country, Charades (you can skip it), Prowlin’, Girl For All Seasons, (Love Will) Turn Back The Hands of Time, Rock-A-Hula-Luau (Summer is Coming) and We’ll Be Together performed by cast members from the west end concert and special guests.”

TheÂ COOL RIDER Kickstarter Limited Edition Recording will be something to treasure.Â Make your pledge today!